One of the nicest houses I’ve ever rented was a beautiful 1930s era Colonial in New England! While most of the house was heated via a gas furnace, one of the rooms was heated differently! At one time, a previous owner had turned a seasonal porch into a room. The room was absolutely gorgeous, constructed with these beautiful dark wood built-in bookcases, so it instantly became the library. We were a little worried it would be drafty since converted porches often are, depending on the year they were built and the building codes during that period of time. In actuality, this unusual little ex-porch turned library became the warmest room in the house. That’s because the old owner had not wanted to add another type of gas heating. You see, back then we’re fairly certain the house was still on oil before the current owner bought it and made the switch. To avoid the hassle, they cleverly placed baseboards right at the edge of the bookcases on the window seat as well. Because the zone only really heated one room, it could heat up in mere minutes thanks to the electric heater. That cozy library became my favorite place at all stages of the afternoon and night, and my roommates’ number one place as well. When it was bitterly cold, all of us would curl up on the library’s couch or the window seat with our tea and heat up with the electric gas furnace before going about our afternoon. Adding an HVAC zone control, even if it is like ours was, can legitimately help to keep you cozy in winter without spending too much cash on heating the whole home. 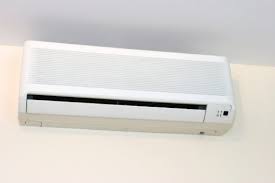