I grew up as a “Navy Brat”.  For those not correct with the term it refers to those children who grew up with a parent that served in the Navy.  This same “brat” designation applies to each branch of the service, but, I know it is closer to the truth with those in the Navy.  This, in part, is due to the fact that our dad would leave for more than five weeks at a time as well as our mom had to deal with us alone.  Then, he would come apartment as well as try to change everything. This led to some rather rebellious attitudes for sure. As all of us got older, our brother started asking more questions about our dad’s work.  Dad was stationed on a submarine as well as life was entirely weird there. They would sometimes not surface for thirty days at a time as well as our brother had all sorts of questions on how that worked. He wondered how they ate, slept, got clean water, as well as even fresh air.  These were legitimate questions for sure. The 1 that interested me was how they had fresh air to breathe. Dad explained that they depended heavily on the air filtration, oxygenator, as well as HVAC systems on board to ensure that they were breathing the right ratio of air. If any of the HVAC, filtration, or air quality systems are not absolutely working consistently the sub would have to surface to drawn in fresh air.  This could be a drastic security issue as it would provide away their position to anyone who wanted to know. My dad worked as a cook on the submarine so he was absolutely grateful to the electricians as well as HVAC servicemens on board that kept them healthy as well as safe while submerged for those long days. 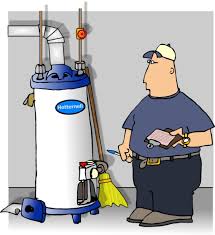